Oregon Residents: Make a Plan for a Good Night’s Sleep 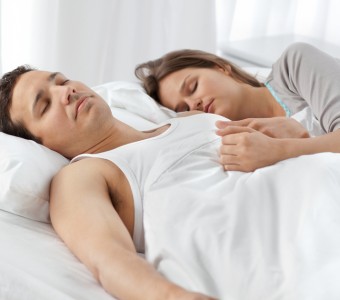 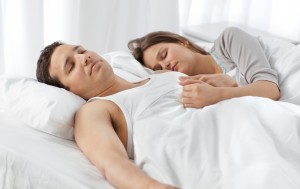 This great article ran in the New York Times yesterday:

Dr. Amy Wechsler, a New York dermatologist, recently had a patient walk into her office and point to a wrinkle that had not been there a week before.

“I asked what had changed in her life, and sure enough, she hadn’t been sleeping,” Dr. Wechsler said.

Beauty is sleep; sleep, beauty. But in our harried multitasking worlds, sleep, like truth, can sometimes be compromised.

Dr. Wechsler, the author of “The Mind-Beauty Connection,” said that there’s no quick fix to getting enough sleep, only a slow, mindful one.

“There has to be a plan, you have to slow down,” she said. For those who are on the fast track and desperate to look rested, Botox between the eyebrows can help fake it in the short term, she said, but it does not address the root of the problem.

Nor do sleep aids like Zolpidem (found in Ambien), which can be easy to abuse and hazardous to your health. The main issue for most of us, according to Michael Breus, a psychologist who calls himself the Sleep Doctor, is anxiety.

“And for that you need something to calm your brain,” he said.

Enter the lavender pillows, nap pods and masseuses. The sleep-wellness industry is on an upswing as shut-eye becomes an increasingly sought-after beauty experience.

The National Center for Complementary and Alternative Medicine, part of the National Institutes of Health, has a section on its website dedicated to treating sleep disorders with herbals and meditative practices like tai chi. Canyon Ranch is on track to double the number of all-night sleep studies it has conducted in 2013 and 2014. The number of guests choosing rest and relaxation programs at Omega, a holistic center in upstate New York, has increased by over a third since 2006. Other resort offerings include power napping classes, pillow menus and yogic sleep programs.

Yelo Spa, a New York massage, reflexology and napping center open since 2007, has new locations in São Paulo, Brazil, and San Juan, P.R., and has plans for its first airport sleep spa in 2016, at Charles de Gaulle in Paris. Nicolas Ronco, the owner of Yelo, opened the sleep-centric spa after noticing during a business trip to Kyoto, Japan, that the city was peppered with reflexology-napping centers in “the same way that New York had Starbucks.” Flummoxed by the West’s emphasis on productive wakefulness at whatever cost (caffeine, pills, pure will), he decided to focus on wellness instead.

So did Sharyn Rosart, a book publisher and mother of two who had to “relearn how to fall asleep,” she said, after weaning herself off Ambien, which caused “menacing nightmares” that made her heart race. She has increased her yoga and Pilates, taking advantage of the relaxation phases at the end of each class.

“Those things help to give you the confidence that you can fall asleep on your own,” she said.

Ms. Rosart’s Pilates teacher, Lawson Harris, conquers potential insomnia by putting herself through a moving meditation before bed, the same one she guides students like Ms. Rosart through at the end of class. “I sleep like a baby afterward,” she said.

Rubin Naiman, a sleep and dream specialist who conducts workshops at ashrams and spas nationwide, emphasized that people should avoid trying too hard to fall asleep and that they need to learn how to “fall in love with sleep again,” adding that it must be invoked “through ritual and pleasure.”

To that end, Dr. Naiman was instrumental in forming the concept behind Sleep Studio, a store in SoHo where circadian rhythms set the tone. With luxury skin-care products by Red Flower and Circ-Cell, featuring ingredients like sea fennel and myrrh, silk pajamas and state-of-the-art mattresses, the store seems like a haven for the slumber obsessed.

Cosmetics companies are also getting into the game with products like Kneipp’s Deep Sleep Mineral Bath Salt, with valerian and hops, and Éminence’s Age Corrective Night line, made with lavender. Bath and Body Works has an aromatherapy collection called Sleep, which includes a pillow mist, sugar scrub and massage oil. And Hope Gillerman’s essential oil line, which works with acupressure points to ease mind-body stresses, includes a product called Natural Rest Sleep Remedy.

Herbals with calming qualities include valerian and magnolia bark, according to Dr. Breus. As for the soothing elements of lavender, he is supportive of it for setting the mood and causing a relaxation response but not for putting you to sleep.

“You don’t just sniff something and pass out,” he said. Dr. Breus advised against alcohol before bed because it keeps you out of delta (deep) sleep, which is where most cellular repair takes place. “Plus it’s a diuretic, which means bathroom breaks will interrupt natural sleep,” he said.

But what if you forgo that glass of wine, complete your worry journal, take a warm bath, sniff your lavender pillow, drink some warm milk, read half of “War and Peace” and are still unable to fall asleep?

This is when Dr. Naiman’s Jedi mind tricks may prove helpful.

“Sleep is always there in the background of your consciousness,” he said. “These clinical attempts at sleep are imbued with a sense of determination, but that very thing undermines the process.”

So, Dr. Naiman said: “The core issue is learning to surrender, to let go. Sleep is delicious, it’s not just a servant of waking life. It’s to be indulged.”