Home Blog Not Getting Enough Sleep Is Like Driving Drunk, Warns AAA

Not Getting Enough Sleep Is Like Driving Drunk, Warns AAA 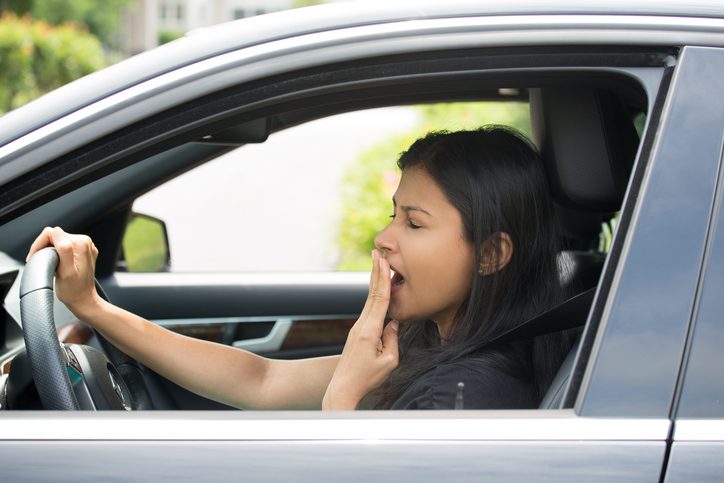 One in five fatal car crashes involves sleep-deprived drivers, according to AAA. “Naps are not just for babies,” said Jake Nelson, AAA’s Director of Traffic Safety Advocacy and Research. “If we’ve earned only four or five hours of sleep in a night, the odds of you getting into a car crash are the same as driving legally drunk due to alcohol,” he adds.

Just how widespread is the problem of drowsy driving? One in three drivers surveyed admitted to driving even though they struggled to keep their eyes open. More than a third of U.S. adults are getting less than the recommended seven hours of sleep a night, according to a February report by the CDC, which has called insufficient sleep a “public health problem.”

No one was particularly surprised that driving sleep-deprived increased the risk of a crash, but researchers say they were shocked at the impact of missing just one hour of sleep a night. The study found that falling one to two hours short of the recommended seven hours of sleep per night doubles the chances of getting into a car accident.

A quality mattress is the first step toward better sleep

Getting a good night’s rest all starts with having a quality mattress and comfortable sleeping environment. “The mattress has the potential either to encourage sleep or rob you of sleep,” says the Better Sleep Council. “Whether your mattress is a sleep friend or a sleep foe can determine how refreshed you feel in the morning. If you’re tossing and turning more at night or if you’re waking up feeling stiff or sore after a night’s sleep, it could be a sign that your current mattress is no longer the best for you.”

But don’t just take their word for it: a small 2009 study looked at the difference in sleep quality for 59 healthy men and women who slept on their old 9.5-year-old mattresses for 28 days, and then on brand new mattresses for the same duration. Researchers concluded that the new beds resulted in a “significant decrease in stress” – including worrying, racing thoughts, nervousness, irritability, headaches, and more.

A 2011 study by Krystal and Edinger assessed over 16,000 hours of sleep logged by 128 study participants and concluded that mattresses had “significant effects on sleep and daytime function.” They found that very high and very low levels of firmness were associated with “worse sleep, greater morning pain, and poorer daytime function.”

Shop the best mattress store in Portland, OR

With 17 Portland-area locations, Mattress World Northwest is Oregon’s top source of mattress deals. Sealy, Simmons, Englander, Aireloom – we have many different models from the leading brands. Our Sleep Specialists are well-versed in all the specifications to help you make an informed purchasing decision based on your unique comfort preference and needs.